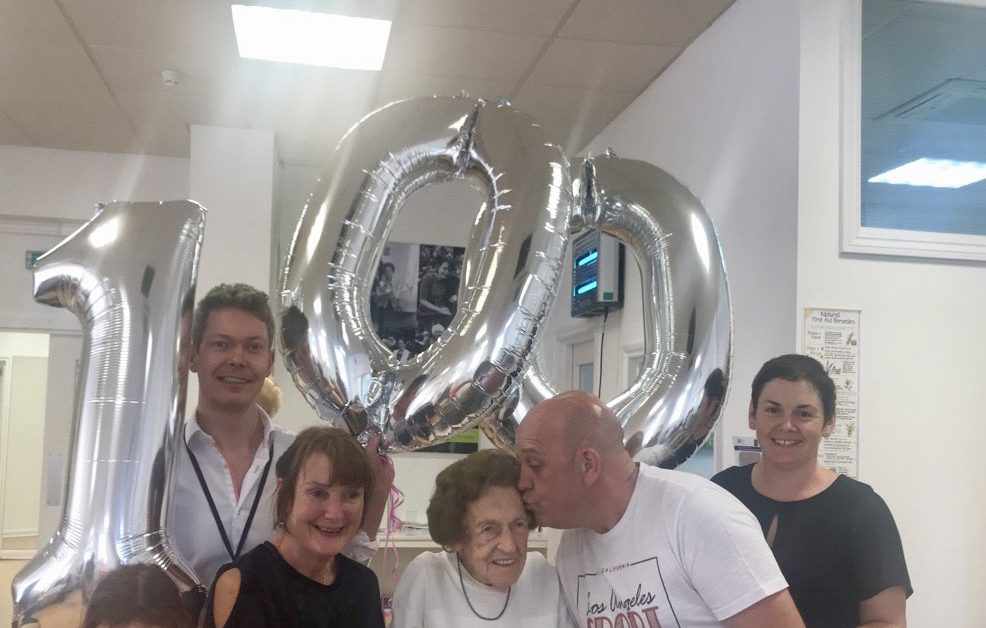 An Irish-born nurse in London who aided soldiers rescued from Dunkirk during World War Two celebrated her 100th birthday this week at the London Irish Centre charity (LICC) in Camden.

Mary Talbot, born in 1918 at the end of World War One, marked the centenary celebrations surrounded by friends and family at her ‘home away from home’ in the London Irish Centre’s Luncheon Club.

Born in Aughrum, Co. Galway, Mary was one of many expats who left Ireland at the tender age of 18 in search for work and stability.

Mary arrived in the coastal town of Margate with her cousin in 1936 to work in the Royal Sea Bathing Hospital, which originally specialised in treatment of tuberculosis.

Following the breakout of World War Two, Margate became a base for soldiers coming back from Dunkirk. Mary’s Daughter Nina, recalls one of the most vivid memories her mother took from her time in Margate.

“My mum never particularly wanted to do theatre work in the hospital but one morning she saw her name down for theatre. It was a young soldier who unfortunately had to have his leg amputated. My mum had to hold onto the leg that was being amputated. At such a young age, she was seeing the horrid effects of the war.”

Mary married a Dublin-born native who she met at one of the Irish dance halls in London 10-years after she arrived from Ireland. Together, they raised six children in their home in Camden.

As a young couple, they regularly visited the London Irish Centre where they played cards and socialised at dinner dances and events.

Mary is well-known and loved by the local Camden community for her time spent as a dinner lady and then a teaching assistant at Our Lady’s Catholic Primary school.

In her later years, when she retired from work, Mary was encouraged by friends to return to the London Irish Centre to be part of the Day Centre’s Luncheon Club.

“The London Irish Centre has been such an inspiration for mum,” explains her daughter Nina, “after our father died at just 75, she went up for the company and hasn’t stopped going ever since.”

Mary is one of the London Irish Centre’s longest members, coming to the LIC’s Day Centre for almost 30-years.

The London Irish Centre charity holds a Luncheon club each Monday, Wednesday and Friday where the community comes together for dinner, games, activities and fortnightly tea-dances.

“I think it’s a god send! What I love about the Irish Luncheon group is its community,” explains Nina. “When you look around at the people my mother has met through the Luncheon group, her friendships have trebled.”

Caitriona Carney, Director of Community Services at the LIC said: “Mary has been coming to the LICC for over 60 years and tells great stories about her nights dancing in the McNamara hall.

“For Mary, the London Irish Centre is a home away from home, where she has formed life-long friendships in her later years.

“As one of our longest members, Mary brings joy and laughter to our weekly groups. It is a privilege to celebrate Mary’s 100th Birthday at the Centre.”

Mary still maintains her independence as she celebrates 100 years, her daughter Nina believes it’s down to her ‘strength of character’.

“She’s a very strong-willed woman, she’s very determined. She is so independent and she never lets anything beat her.”

Mary lives at home with her son, who has spastic paraplegia, “they support each other” said Nina, who laughs fondly when saying “sometimes that works and sometimes it doesn’t.”

Friends and family gathered at the London Irish Centre’s Kennedy Hall this week to raise a glass to one of their oldest friends at her centenary celebrations.

At the event, her daughter Nina said: “If my mum hadn’t gone to the Irish Centre, I don’t know how different her life would have been. She wouldn’t have achieved in her older life, what she’s achieved.” 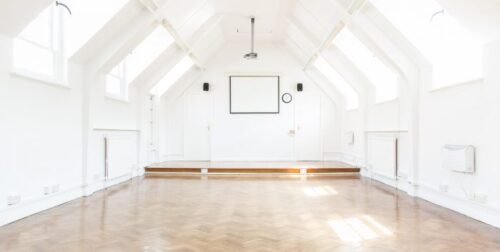 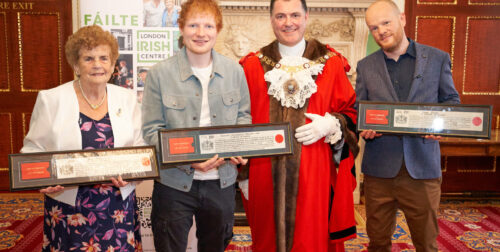 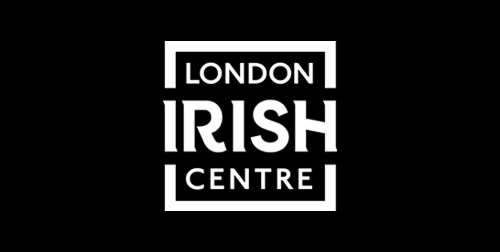 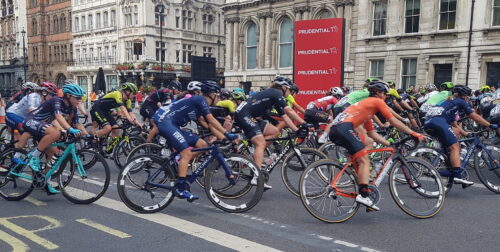