In 1922, a writer for The New York Times reviewed James
Joyce’s Ulysses. He began by offering sympathy for future readers:
‘[they] will glean little or nothing from it… save bewilderment and a sense
of disgust’. But three paragraphs later, he came to an unexpected conclusion. ‘Ulysses’,
he wrote, ‘is the most important contribution that has been made to fictional
literature in the twentieth century’.

Contradiction? Not everyone thinks so. Over its first century,
some critics have said the same about Ulysses again and again: it’s
erudite but uncomfortable. Important but inaccessible for any ‘regular’ reader.

They’re wrong. Join us and explore Ulysses as Joyce
intended: as something wonderful and strange. Silly and unpredictable. And most
importantly, all for us.

Ulysses rarely stands still. At one point Joyce writes a play. At another
a socratic dialogue, and then a piece of music, a history of English, an
episode with only eight sentences. Each episode corresponds to a chapter of the
Odyssey, an organ of the body, a colour, a symbol, an art.

But if Ulysses says one thing consistently, it’s that
‘regular’ matters. Community matters. We matter.

Jack Chellman is a Marshall Scholar and climate campaigner in London. He wrote
his undergraduate thesis on James Joyce’s Finnegans Wake and presented
it at the 2019 North American James Joyce Symposium in Mexico City. In 2016, he
was funded by the University of Virginia to study the migrant crisis in five
European cities through the lens of Joyce's Dubliners. 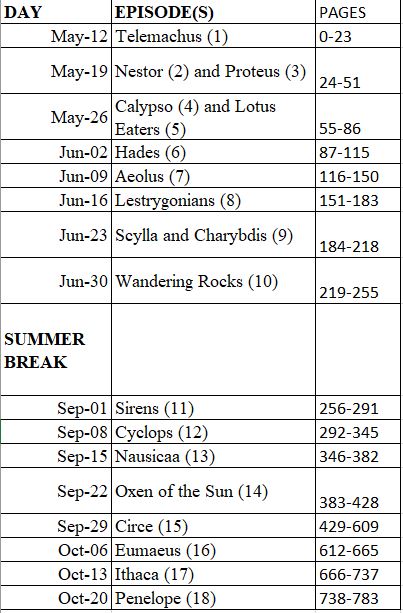